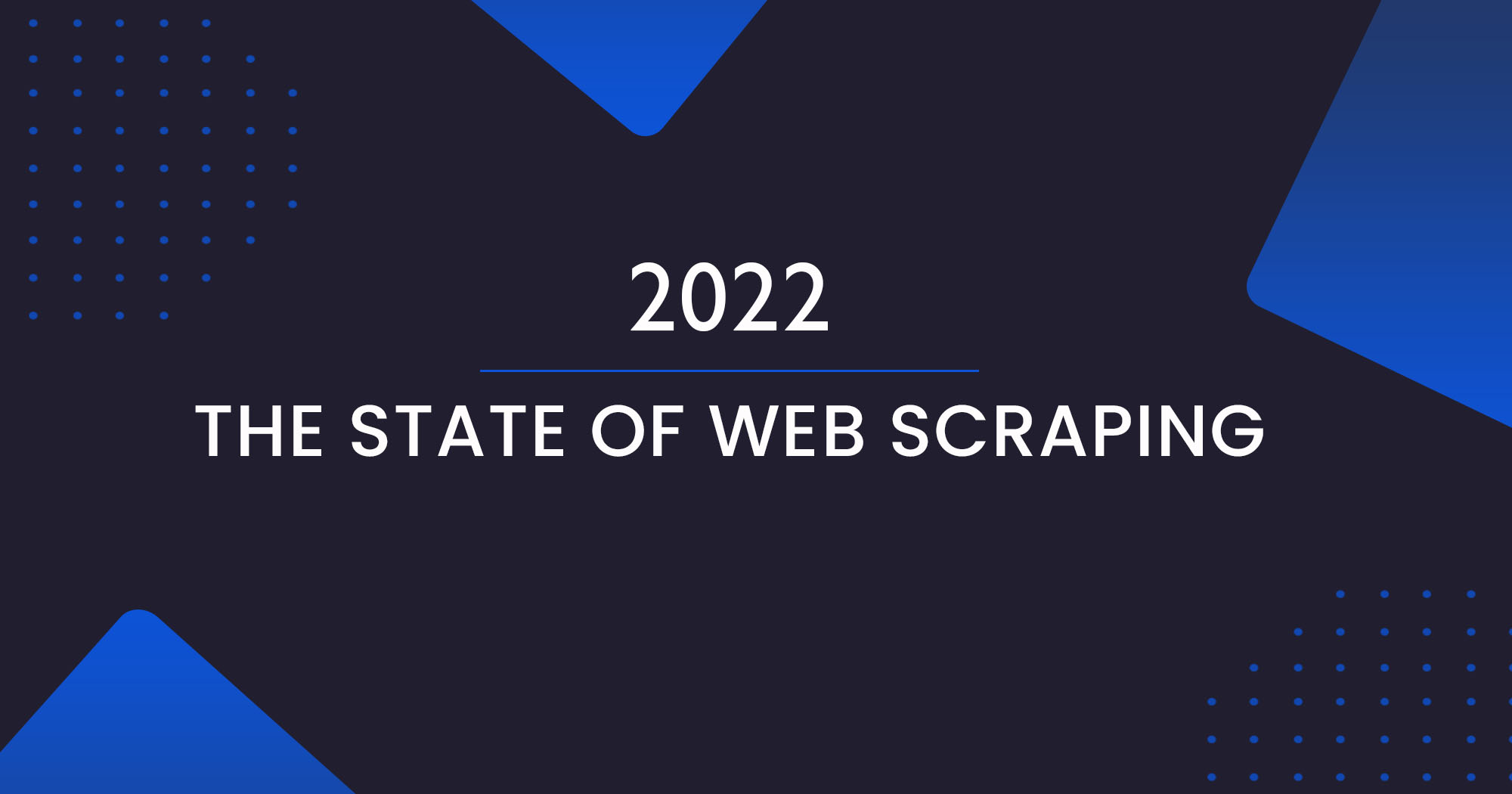 With 2021 having come to an end, now is the time to look back at the big events & trends in the world of web scraping, and try to project what will 2022 look like for web scraping.

Including the good, the bad, and the ugly:

"Web Scraping" Falling Out Of Fashion​

After consistent growth in interest every year over the last 10 years, 2021 seems to have been a year when "web scraping" became uncool.

Google searches for the term "web scraping" have dropped 30-40% compared to 2020 volumes.

It's hard to know for sure, but it is likely a combination of:

In 2021, two of the largest players in web scraping, Luminati and Scrapinghub, rebranded to "Bright Data" and "Zyte" respectively, highlighting the shift away from web scraping to a more data focus.

Or maybe, just people and companies don't want web data as much anymore, who knows...

Expect to see more existing web scraping players and new entrants focus on becoming data feed providers, instead of being web-scraping-as-a-service or proxy providers. Not only are the optics better, but the profit margins are significantly higher too! 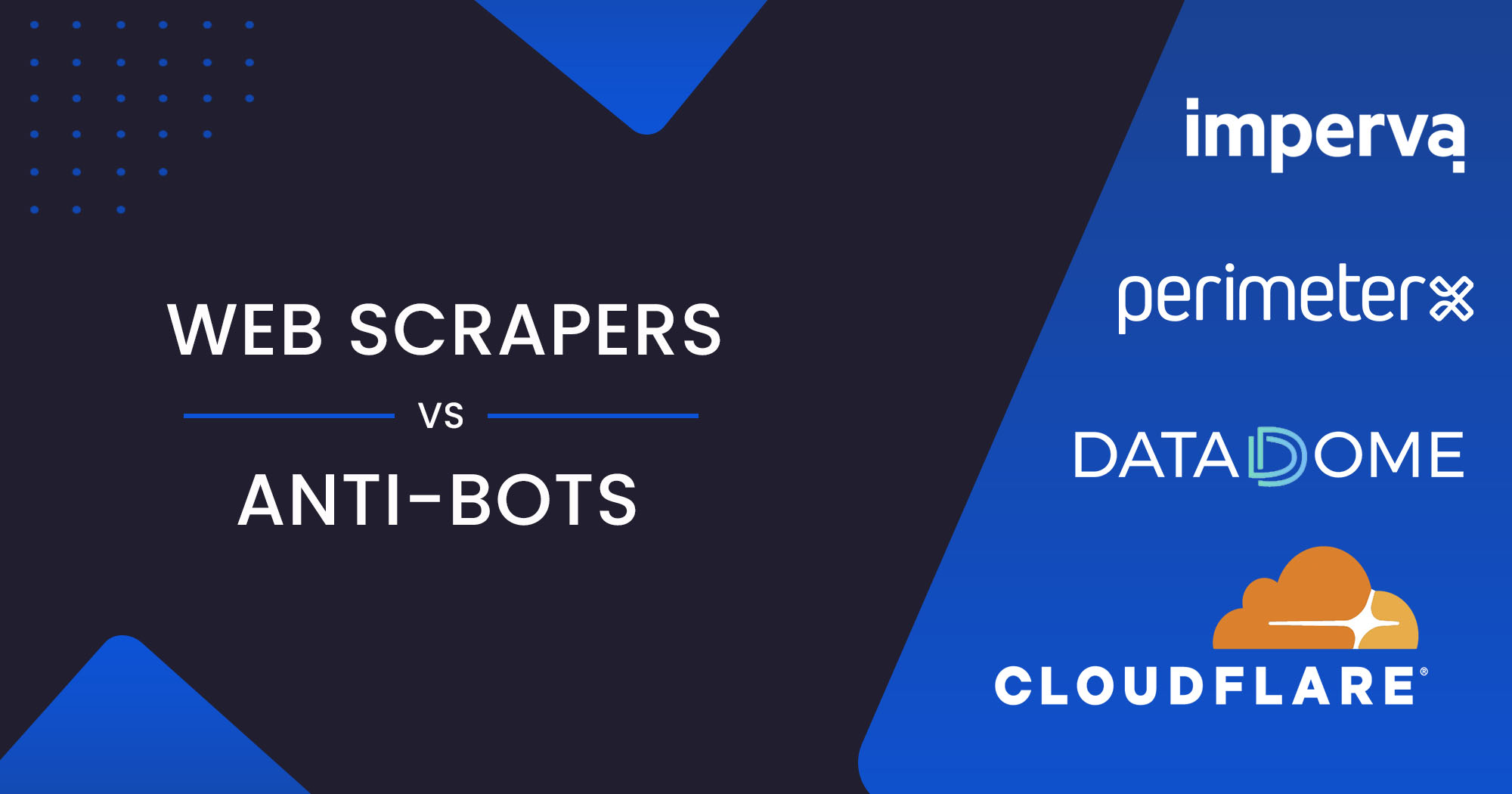 The endless war between web scrapers and websites trying to block them continued unabated in 2021, with web scrapers still largely staying one step ahead.

Websites and anti-bot providers have continued to develop more sophisticated anti-bot measures. They are increasingly moving away from simple header and IP fingerprinting, to more complicated browser and TCP fingerprinting with webRTC, canvas fingerprinting and analysing mouse movements so that they can differentiate automated scrapers from real-users.

But as of yet no anti-bot has found the magic bullet to completely prevent web scrapers.

With the right combination of proxies, user agents and browsers, you can scrape every website. Even those that seem unscrapable.

However, whilst scraping a website might be still possible, anti-bots can make it not worth the effort and cost if you have to resort to ever more expensive web scraping setups (using headless browsers with residential/mobile IP networks, etc).

Whilst the vanilla Cloudflare anti-bot can still be bypassed relatively easily, when a website is using the advanced version it can be quite challenging to deal with. Most of the time, you need to fallback to a headless browser and good proxy/user agent management.

DataDome, PerimeterX, and others have also proven themselves to be challenging to bypass in 2021.

Following in the footsteps of LinkedIn, in 2021 Facebook and Instagram led the way in a growing trend of websites moving their data behind login pages.

This not only provides websites an easy and low-barrier way to block scrapers that has limited impact on real user UX, but also tilts the legal situation in their favour if someone explicitedly decides to scrape behind the login and violate their T&Cs.

Expect to see ever more sophisticated anti-bots being used on websites. More complicated browser, TCP, and IP fingerprinting techniques are going to require you to use:

E-commerce scrapers should be safe from websites moving their data behind their logins, however, expect Facebook, Instagram, and other social networks to become harder to scrape as they expand and refine their usage of login pop-ups to block scrapers. 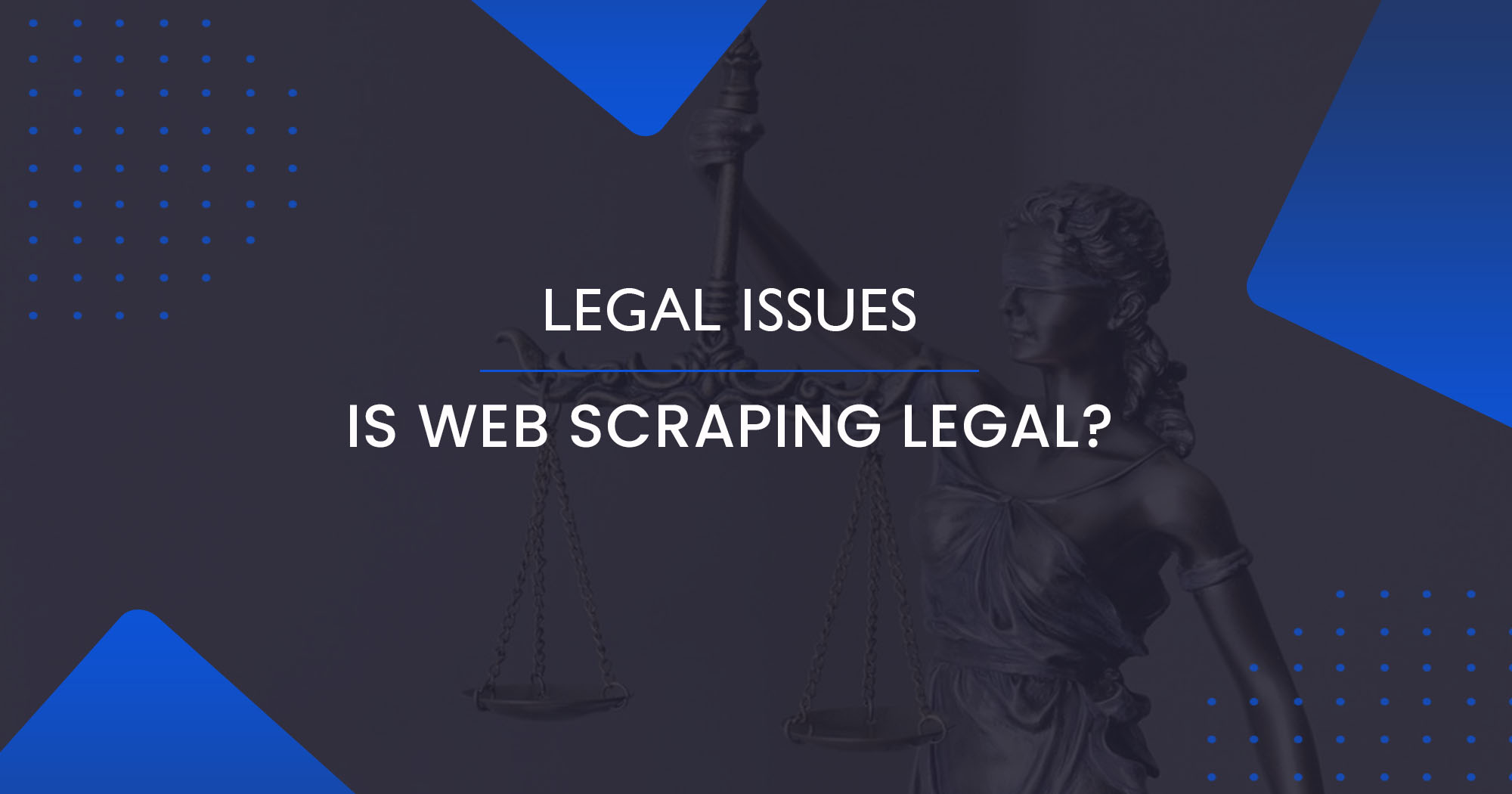 Web scraping has always been in a grey area, and probably will always be. However, in 2021 web scraping became a little less grey with the outcome of the Van Buren v. United States.

In this case, the US Supreme Court ruled that accessing permissible areas of a computer system with prior authorization, even for an improper or prohibited purpose, is not a violation of the CFAA (Computer Fraud and Abuse Act).

This outcome was great news for web scrapers, as it means that so long as a websites has made their data public you are not in violation of the CFAA when you scrape the data even if it is prohibited in some other way (T&Cs, robots.txt, etc).

The US Supreme Court has sent back the LinkedIn v. HiQ case to the Ninth Circuit for a further consideration in light of the Van Buren ruling, so the LinkedIn case will give us further insight on how the courts will view web scraping moving forward.

Companies and developers can continue to operate on the assumption that scraping publically available information is okay. But if you login to a website and scrape data only available whilst being logged in, then you have explicitedly agreed to the websites T&Cs when creating your account and could be in breach of their T&Cs which might prohibit web scraping. 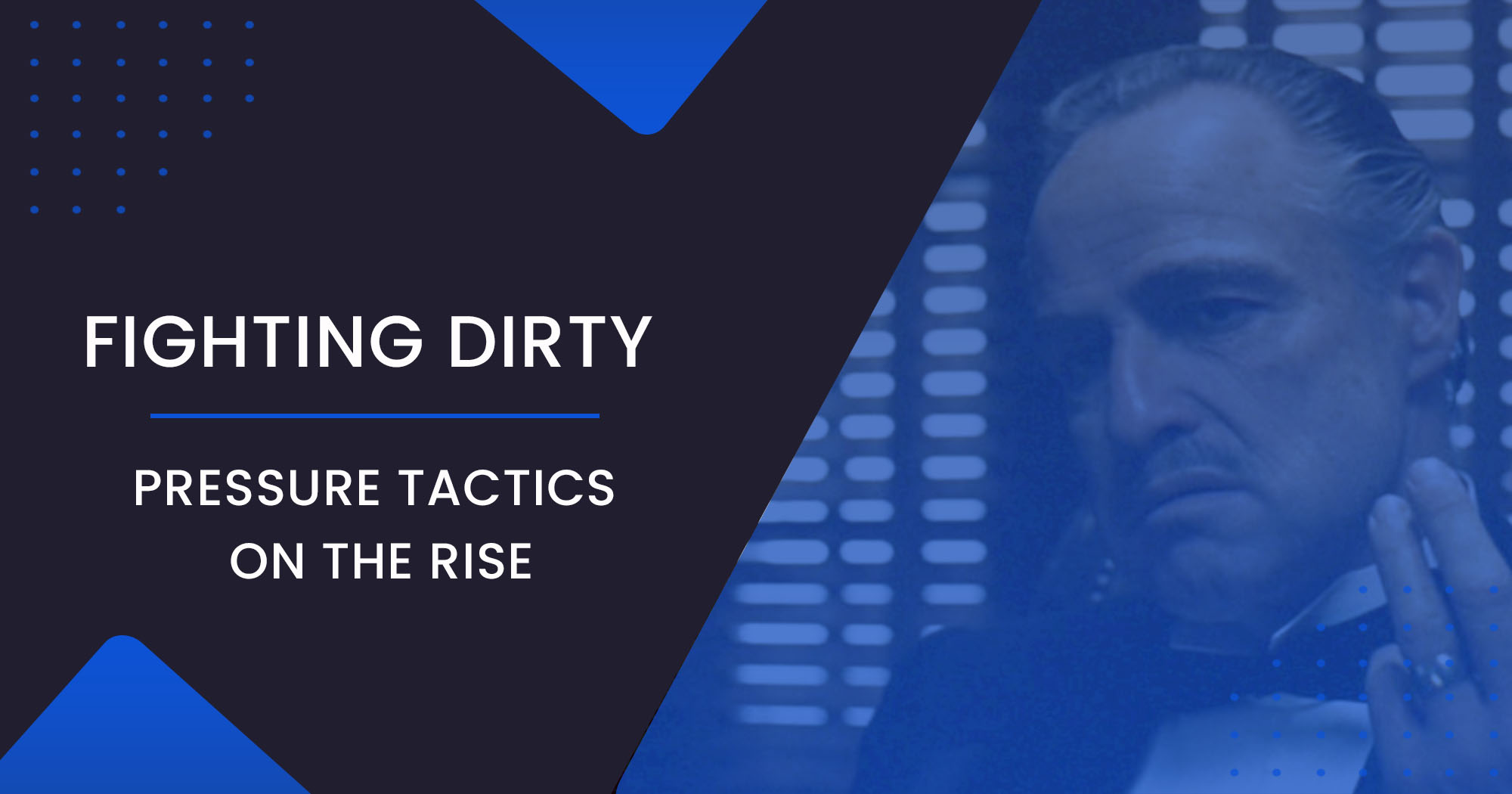 With the legal situation continuing to favour web scrapers, some big companies have started to resort to pressure tactics to try and prevent their sites being scraped. Threatening scrapers with costly legal cases that a small company can't afford.

There have been an increasing number of stories where Facebook/Instagram, LinkedIn, etc. have suspended the accounts of any employee or company associated with scraping companies, and sent cease and desist letters to them threatening legal action if they don't ban all scraping of their sites on the scrapers plaforms.

This is despite the fact that in most cases, the scraping company only allows users to scrape data that is publically available and not behind a login, which has been deemed legal in the recent court cases.

Expect to see more of this. If the courts continue to rule in favour of a open public internet, and anti-bot techniques aren't good enough to stop web scraping then some big companies will try to prevent scraping by pressuring companies with costly legal cases or the loss of personal/professional access to their platforms. 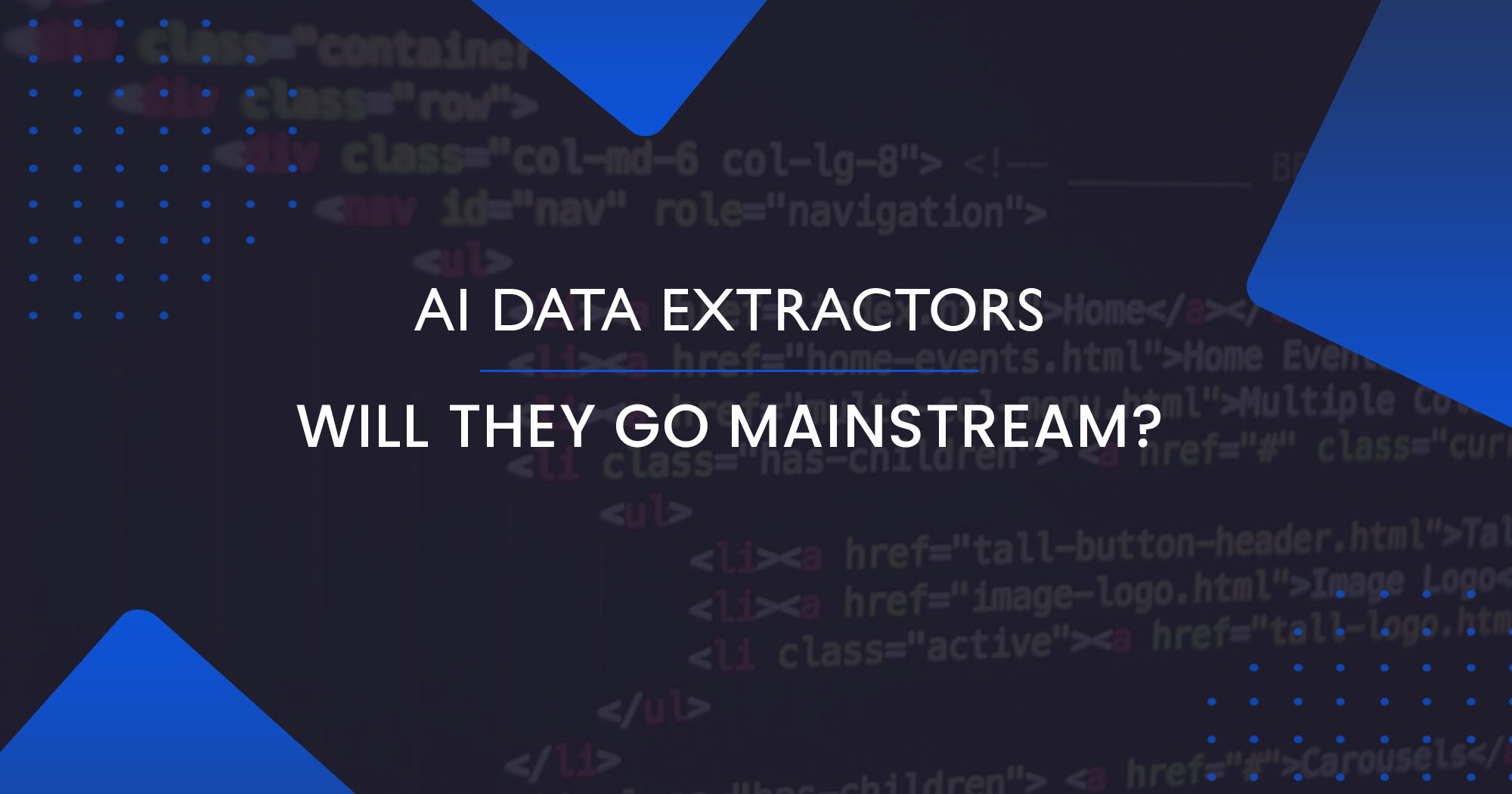 One of the most exciting trends in web scraping at the moment, is the growing capabilities of AI data parsers and crawlers.

Maintaining the parsing logic within spiders can be a pain, especially when you scraping hundreds or thousands of websites.

So having a AI based parser that can automatically extract your required data and deal with any HTML structure changes would be a huge value add to many developers.

As of 2021, most of the big web scraping providers have launched their own data API that uses AI to parse the data:

However, as of now and depending on the use case, the website coverage, data quality or pricing of these AI data extractors often doesn't meet the requirements for many developers looking to build data feeds.

Hopefully, we will see some open source or unbundled AI data parsing tools, so you can use the AI parsing functionality without having to use a specific proxy network. 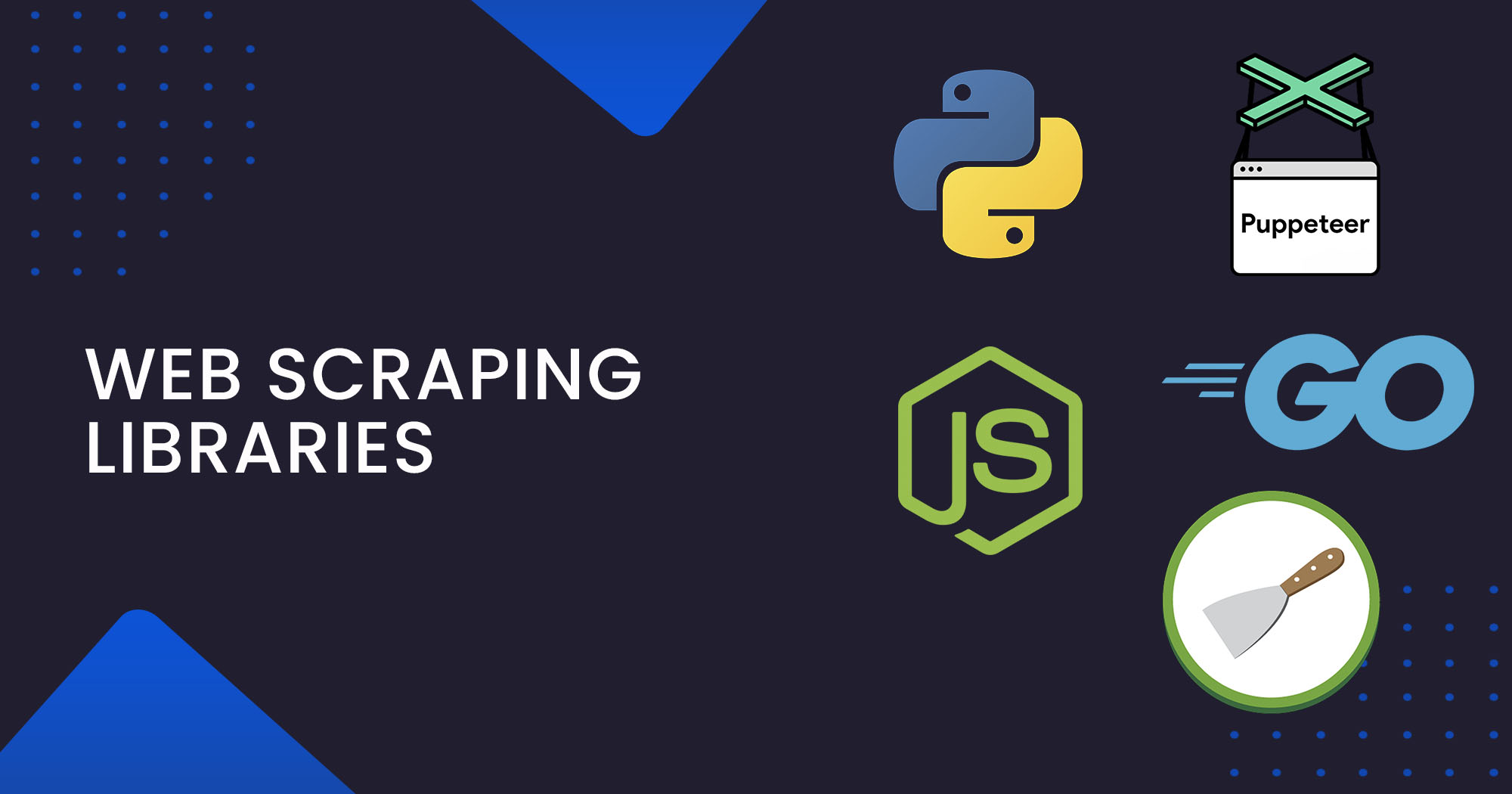 When it comes to web scraping libraries & frameworks, Python is still king!

However, with the growing shift to scraping with headless browsers, Node.js is gaining ground fast.

Web scraping with Python is still dominated by the popular Python Requests/BeautifulSoup combo and Python Scrapy, with their dominance looking unlikely to change. 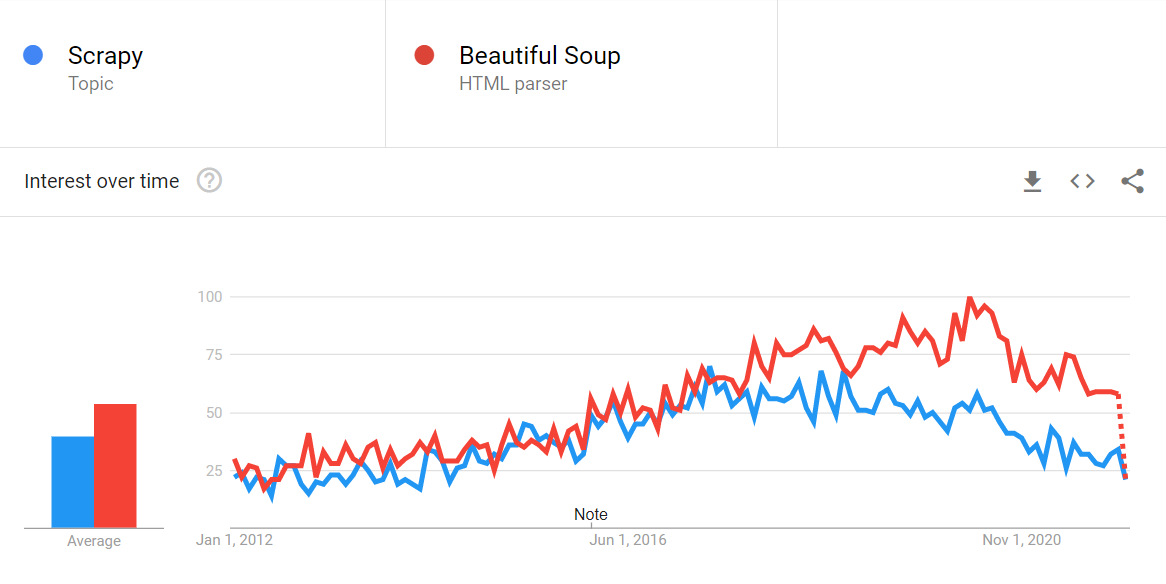 Although not as popular as BeautifulSoup & Scrapy, there are many other great web scraping libraries for Python that mightn't be as well-known but which are very powerful:

There are also a number of Python wrappers for Selenium, Puppeteer and Playwright that allow you to create headless browser scrapers using Python.

For years, Selenium was the go-to headless browser for web scrapers, however, with the launch of Puppeteer and Playwright developers have increasingly started building their scrapers with Node.js due to their ease of use and better functionality.

With the increasing popularity of Node.js and the growing need to use headless browsers to bypass anti-bots, Node.js has become the 2nd most popular language used in web scraping.

Although, Node.js isn't as popular as Python for normal HTTP request web scraping there are a number of great web scraping libraries on offer:

The area where Javascript web scraping really stands out is with the numerous headless browsers options it has available. Headless browsers request the data from a website, and render the HTML and any browser-side Javascript so your scraper sees the page the same way you would see in your browser.

Headless browsers are great when you need to scrape:

Although Python and Node.js are the most popular languages for web scraping, if you would prefer to use a different language then there a lots of libraries to choose from for pretty much every language out there.

Whilst there is always room for improvement, making requests and parsing HTML content is a solved problem in pretty much every programming language at this point, so we're unlikely to see any major changes here.

The big areas for improvement are the creation of extensions for these existing libraries/frameworks to simplify some of the common problems developers face when scraping.

ScrapeOps is a good example. ScrapeOps is a new monitoring and alerting tool dedicated to web scraping. With a simple 30 second install ScrapeOps gives you all the monitoring, alerting, scheduling and data validation functionality you need for web scraping straight out of the box.

The primary goal with ScrapeOps is to give every developer the same level of scraping monitoring capabilities as the most sophisticated web scrapers, without any of the hassle of setting up your own custom solution.

Once you have completed the simple install (3 lines in your scraper), ScrapeOps will:

It is only available for Python Scrapy at the moment, but we will be releasing integrations for Python Requests/BeautifulSoup, Node.js, Puppeteer, Java, etc. scrapers over the coming weeks.

Sure, web scraping faces some anti-bot and legal challenges in 2022, however, it has faced those challenges every year for the past few years and came out stronger because of it.

The web scraping ecosystem is growing, with more libraries, frameworks and products available than ever before to simplify our web scraping headaches so the future is looking bright.